The Jackson County Prosecutor’s Office and local law enforcement are urging people not to take the law into their own hands. That comes after recent civilian efforts to capture pedophiles through so-called sting operations on social media.

Prosecutor Jeffrey Chalfant and agencies including the Jackson County Sheriff’s Department, and police departments in Seymour, Brownstown and Crothersville issued a warning this week discouraging residents from taking part in the operations, saying that being a vigilante is extremely dangerous.

In these stings, a person pretends to be a child on social media and convinces a target to appear in a public place soliciting sexual acts with a child. The target is then recorded, accused of being a sexual predator and the results of the operation are posted to social media. Authorities warned that eventually one of these operations will lead to violence, injury and even death.

According to the warning, private citizens don’t have the training and knowledge to carry out these sorts of operations and the prosecutor’s office will not file criminal cases based on vigilante investigations. Instead, if you have information about sex crimes, sex trafficking or other crimes, you should contact your local law enforcement agency and let police handle the investigation. 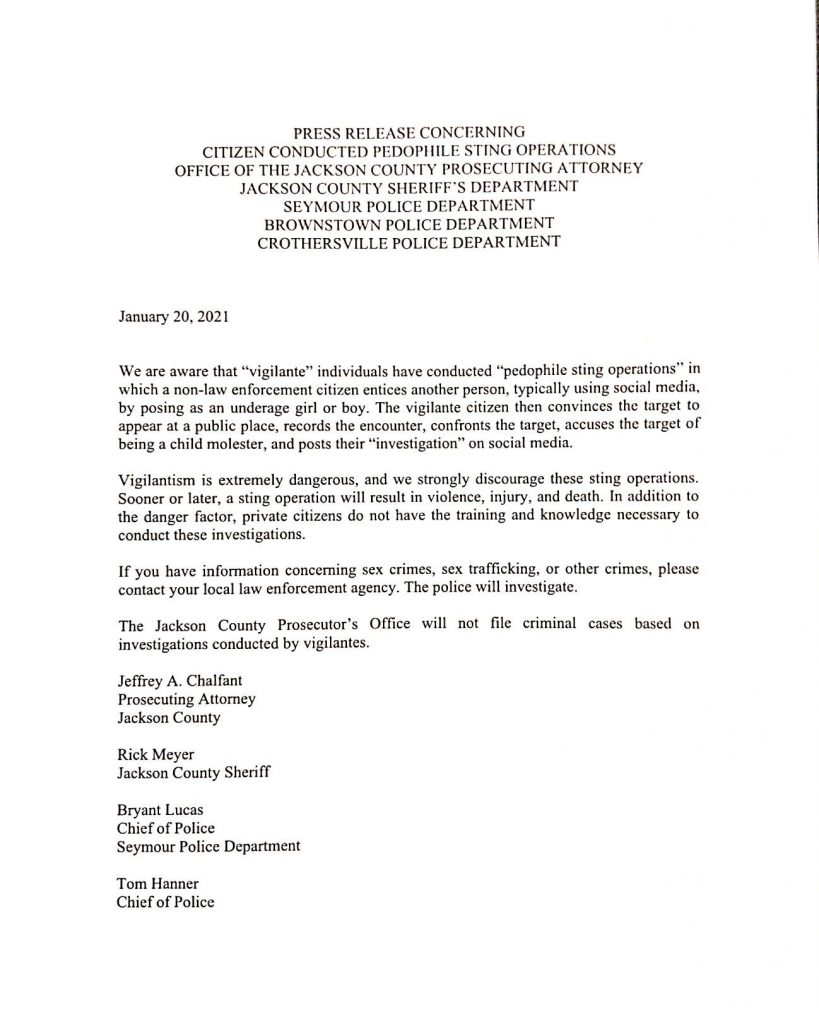